Thanks Roger. As I said, it was a very quick test, both of the equipment and the built in editing software.

Yes, a very clumsy edit (best to avoid Hitchcockesque cameos) - there may be some gentle ‘transitions’ in the software but I have yet to find them - but I wanted to prove on film that I can fly and land the thing.

This is the set up I used, with an extra large bracket to accommodate the iPad (bigger screen, less reliance on specs

I’m pleased with the image quality now I have added a minute polarizing filter. There is no zoom on the camera, you have to fly it in and out to get the effect, although it does have a gimbal mount to stabilise the image and allow the camera to tilt up and down. Panning etc is all achieved via the flying controls.

I only use the screen to check what I am filming, flying is all line of sight - in fact the law actually requires the pilot to keep the drone in view at all times. In theory you’re not allowed to fly it to the other side of a tree.

Hoping I can get some decent shots above the fields at a few steam railways this year. I’d love to fly it at F1 testing in Barcelona next week but that would definitely get me thrown out.
"Not very stable, but incredibly versatile."

Taking advantage of a relatively calm day and a change in the CAA rules for drone flying, I sent it up to capture the snow that has fallen. Not a patch on the amount our friends in the north have had but this has brought the south to a grinding halt. 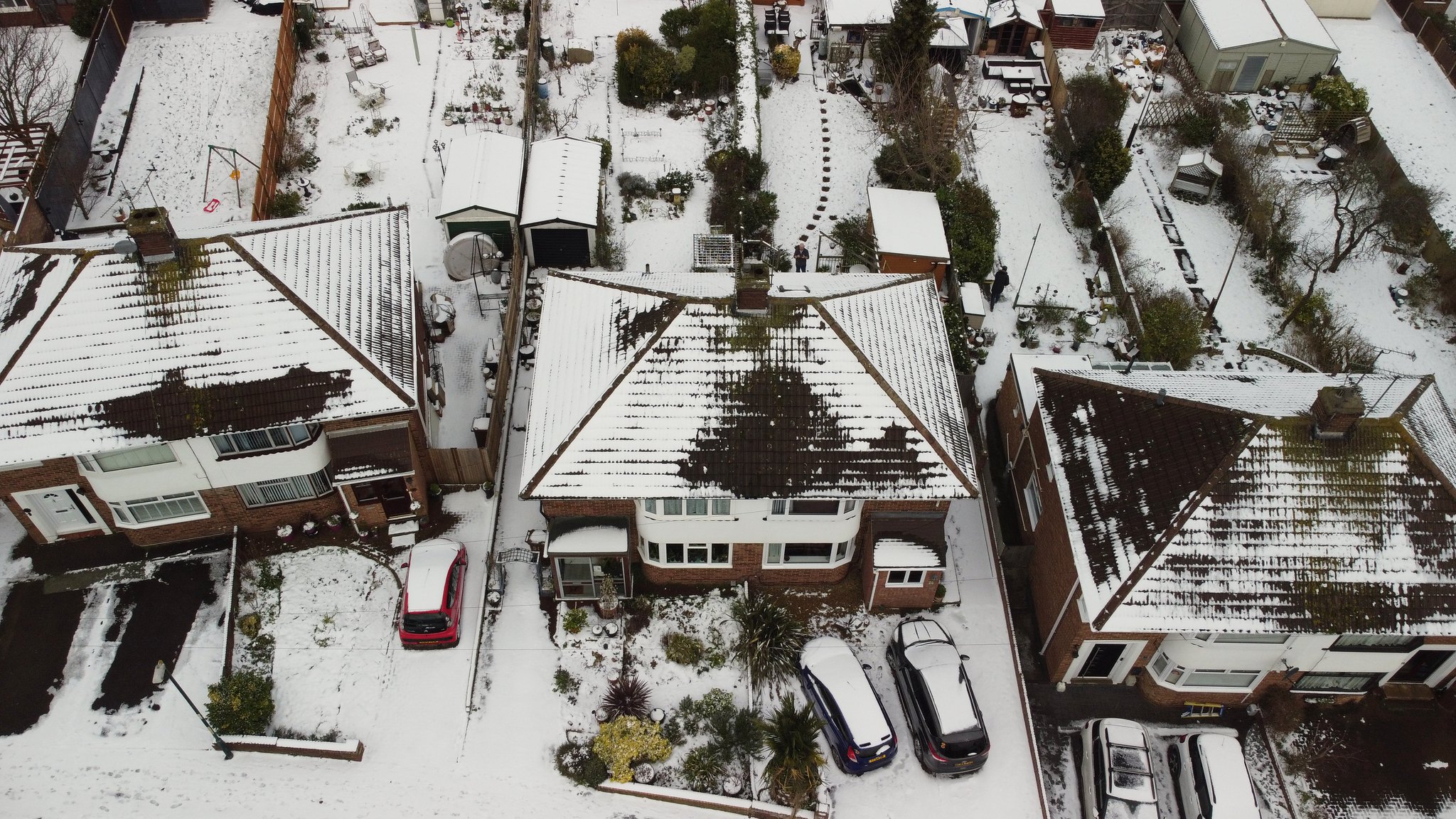 "Not very stable, but incredibly versatile."

We had one in our road.
Nurse, the screens!
Top

How long did you get when they found it?

"Not very stable, but incredibly versatile."

They didn’t catch me.
Nurse, the screens!
Top

A friend of mine bought one. He took it to 'a certain viaduct on the Settle to Carlisle line.
After photographing the structure he lost sight of the thing and the camera was not a lot of use in locating it. Time went by, still no sight, then his old hearing detected a slight buzz, as the drone descended towards his head! It had come back to him as the battery ran out.

Another friend bought an expensive rig and at sneaky a trial it in his back garden, 'to test his skill at hovering', the camera was working fine, the props turned and it refused to take off. Back at the shop where he bought it. They took it to a near-by field where it performed beautifully. Back home it failed to work again, so back to the shop where they checked his address. Apparently living almost next door to Frankland Prison meant that the GPS was blocking flight in his garden.
Top

Is that you in the back garden of the right hand semi?
Top

Return to “The Mess Room”

Users browsing this forum: No registered users and 8 guests